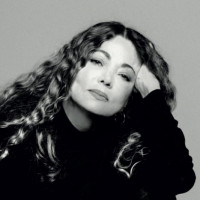 Ángela Becerra was born in Cali, Colombia, where she studied Communication. In 2000, as creative vice-president of one of the most important agencies in Spain, she abandoned her successful career to devote herself entirely to her great passion: literature.

Her first work was Open Soul (2001), a beautiful collection of poems that addresses the conflicts of human beings in adulthood; Of Useless Loves (2003), her first novel, won the Latin Literary Award 2004 from the prestigious Chicago Book Fair and was warmly received by critics and readers in Spain and Latin America. The Penultimate Dream (2005) consecrated her as a great novelist. She won the Azorín Novel Award 2005, the Best Colombian Book of Fiction Award 2005 and, once again, the Latin Literary Award 2006. In 2007, What Time Is Missing was also awarded the Latin Literary Award as the best mystery novel and novel of feelings. In 2009, she was awarded the Iberoamerican Planet-Casamerica Narrative Prize for her work She, Who Had It All, which was followed by Memoirs of a Seven Soles Scoundrel (2013). Her work has been translated into twenty-three languages.