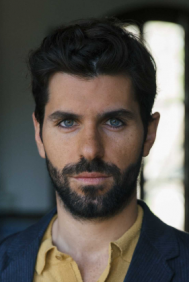 Jaime Alguersuari (Barcelona, 1950) is an editor, journalist, president of the Alesport group, and owner of RPM Events and RPM Racing, two companies dedicated to serving the automotive industry and the creation and organization of large sports events.

In the 1970s and 80s he was a first-rate motorcycle driver and won numerous speed competitions in Spain in the 50 cc, 250 cc, and 750 cc categories as well as resistance competitions at 250 cc. He was also the European resistance champion after winning the twenty-four-hour competition in Montjuïc and the Bol d’Or in Le Mans. Jaime Alguersuari is known above all for founding the magazine Solo Moto, the most influential motorcycle publication in Spain. He is also the creator of the Criterium Solo Moto Chapionship on the Calafat circuit (Tarragona), where drivers from the nineties like Sito Pons, Jorge Martínez Aspar, Carlos Checa and, later, Sete Gibernau o Alex Crivillé made their name.