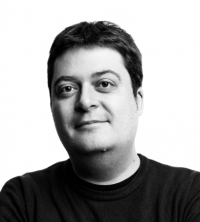 Manuel Bartual (Valencia, 1979) is the director of a dozen shorts and one feature (Todos tus secretos, winner of the Canal+ Prize for Best Film at the Malaga Film Festival). He has written comics for publications such as El Jueves and Orgullo y Satisfacción and has worked as an artist for publishers like Astiberri, Dibbuks, and Es Pop. He is also co-director, with Alba Diethelm, of the publisher ¡Caramba!, which specializes in humorous comics.

In 2017, his story of his mysterious vacations was a worldwide trending topic on Twitter, read by hundreds of thousands of people.