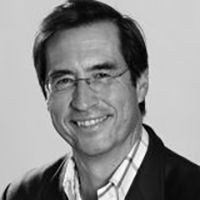 Mario Alonso Puig is a doctor specializing in general surgery and the digestive system. He has studied at Harvard, at the IMD in Lausanne, and at the Tavistock Institute in London. He has devoted a large part of his life to studying how to make human potential flourish, especially in moments of difficulty, uncertainty, and chance. In 2011 he was nominated member of the Leadership Council of the World Economic Forum at Davos, and has been invited to speak on leadership, motivation, creativity, the entrepreneurial spirit, and happiness at institutions like IE Business School in Madrid, the Insead Global Leadership Center in Paris, Pythagoras University in Brazil, CEIBS University in Shanghai, the IGMP in Korea, Globis University in Tokyo, and the City of Ideas in Mexico. He has lectured on creativity at the Second International Happiness Conference, at ExpoManagement, and at the World Creativity and Innovation Forum. In 2012 he received a prize for the Best Health Communicator from ASEDEF, and currently participates in a number of programs such as El Hormiguero, Canal 24h, El Confidencial and La Mañana con Javi Nieves, on the COPE network.

He has published Leadership Material, Living is an Urgent Matter, Reinvent Yourself: Your Second Chance, Now Me, The Answer, and The Guts Quotient (Espasa Prize, 2013).