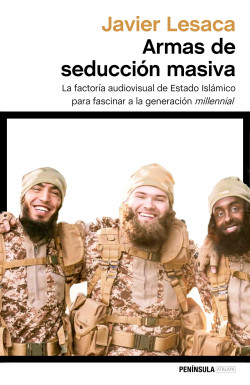 In the summer of 2014, a video went viral on the internet. It showed a hooded man with a clearly discernible British accent slitting the throat of the American journalist James Wright Foley, who had been kidnapped two years before in the name of the Islamic State. This was how a new terrorist group introduced themselves, threatening the world not just with bombs and bullets but also properly filmed videos, well-designed magazines and targeted hashtags on Twitter.

Since then, Daesh has published and disseminated 1,300 audiovisual clips that carefully reference video games, series and films in order to construct a narrative about their terrorist activities. It is likely that sooner or later ISIS will be defeated just like other violent and totalitarian groups that have arisen in the past century. However, their military defeat should not make us forget the lessons we have learned over the past two years.

Through studied references to recent videogames, series, and films, Daesh looks to convert terrorism into a seductive transmedia communication product capable of channeling the frustration, hatred, and the intellectual and political vacuity – even the systematic boredom – of young people the world over.

Videos, tweets and terror: Daesh and high quality online communication at the service of terrorism.