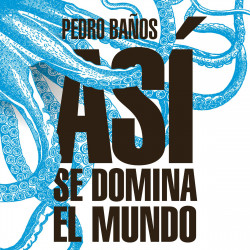 This Is How You Rule The World

For years now, the complex situation of the contemporary world has meant that the science of geopolitics – along with its practical application, geostrategy, which seeks to influence countries on a global scale – is regaining the ground it began to lose after the Second World War. But how do countries relate to one another? What strategies do they employ?

Via numerous examples, we will see that there exists a series of classic strategies, all based on hypocrisy and the exploitation of others’ weaknesses, that have prevailed across time. We will also discover that throughout history, the same set of geopolitical errors have been repeated time and again. Even if today, the rules have changed, and novel conditions – like advances in technology – have necessitated a change in political action, there remain ageless certainties in the field.

Colonel and strategy expert Pedro Baños guides us through the unknowns of this game of domination among the countries and unveils for us the tricks and keys to global power, a set of efficient universal rules to achieve our objectives by manipulating our adversary: the Dissuasion Strategy, the Kick Down the Stairs, the Nightclub Bouncer, Impoverish and Weaken Your Enemy, Simulate and Dissimulate, Creating Necessity, You’re Out and I’m In, He Who Cuts the Pie Keep the Biggest Slice, Minimum Effort, etc.

Highlights This Is How You Rule The World

The international best-seller translated into 11 languages.