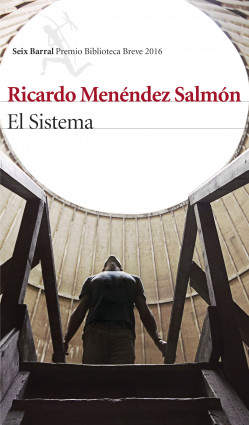 In the future, the planet has become an archipelago in which there are two competing forces: Us, subjects of the island, and Them, the leftovers of ideological and economic conflict. Within the System there is an island called Reality in which the Narrator keeps watch for potential enemies of the order. But as cracks start to appear and the watchman begins to have doubts, the Narrator becomes a dangerous man, an unsettling thinker.

Combining personal and political themes, private life and History, The System is a dystopian allegory, metaphysical exploration and apocalyptic vision.

It explores themes such as identity, the fear of the Other, and the search for a narrative that helps us to interpret the complexity of the world and even the possibility of life post-humanity. This novel is a landmark in Ricardo Menéndez Salmón’s career, with a concept as broad and ambitious as the writing is driven and beautiful.