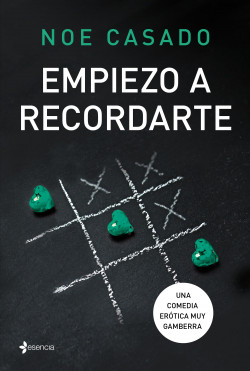 I'm Beginning to Remember You

No one feels good about being stood up, but it only hurts the first time. By the time it happens again, you’re anesthetized. That, at least, is what Pierce wants to believe, which is why he doesn’t waste even five minutes of his time when his latest partner leaves him. At any rate, all his attention is focused on the remodeling of an old Renaissance mansion, owned by his family, which he wants to convert into a luxury hotel.

However, when he arrives in Carcassonne, he not only discovers an architectural jewel, but also unearths numerous secrets hidden within its walls that will delay the work.

And as if that weren’t enough, he gets an unexpected visit that turns his world upside down.