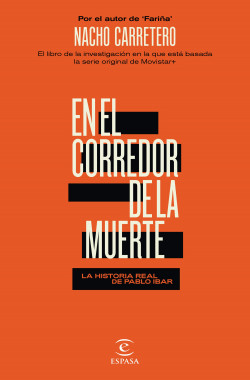 “My life stopped in 1994.” Behind a glass panel, in a cell just one meter wide and two meters long, in an orange jumpsuit that designated him as marked for death, Pablo Ibar knew the very moment when life had hit the pause button.

In June of that year, in Miramar, Florida, a nightclub owner, Casimir Sucharski, and his young companions, Sharon Anderson and Marie Rodgers, were found dead. The police investigation concluded that there were two clear suspects: Pablo Ibar and Seth Peñalver.

Pablo Ibar, a Spanish national, nephew of the mythical boxer Urtain, found himself in the middle of an endless trial in a wild, terrifying, and unjust story: mistrials, incompetent defense attorneys, lack of evidence. In 2000, he was declared guilty and sentenced to death. But in 2016, the Florida Supreme Court declared that he had not been given a fair trial, and in 2018, he will get a second chance.

Reporter Nacho Carretero came to know Pablo Ibar’s case firsthand in 2012 and began to take part in the events surrounding the trial, visiting the prisoner in jail in Florida, even corresponding with him through the mail. This book relates the facts in all their raw truth and plunges us into a whirlwind investigation with not one ounce of fiction. The pages also reflect a family’s struggle, the consequences Pablo’s case has had for their lives, and his love story with his wife, Tanya. All of it told by the people themselves.

A real story, with real people, that is a thriller at the same time: a dark chronicle that deftly combines journalism and literature.