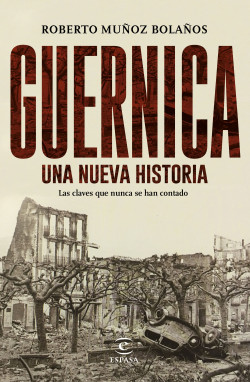 On April 26, 1937, German and Italian planes bombed the village of Guernica until it was completely destroyed. From the first, this military strike entered the realm of myth as a symbol of the struggle against fascism and an indelible black mark on the Franco regime, with the famous oil painting Picasso painted for the Universal Exhibition in Paris as its symbol. Eighty years later, the situation remains the same, and the great question surrounding this air raid still hasn’t gotten an answer: why was Guernica bombed?

To respond to this question, many other essential questions must be asked: what was the true goal of the bombardment? Was there a military objective, or was it a mere tactical experiment? Did the Condor Legion act on its own? If so, why? Did Franco know in advance that the bombing would occur or how intense it would be, or did he only find out afterward? Was the military action related to the political tensions between Generals Mola and Franco in the rebel region? Was the collapse of negotiations between the rebels and the leadership of the Basque Nationalist Party (PNV) one of the causes of the bombing? Why did the rebels try to hide their responsibility for the occurrence?

What there is no doubt of is that this was one of the most controversial events of the Spanish Civil War for historians and public opinion alike. To analyze and understand what took place, its origins, and its consequences remains a task of utmost importance to come to proper grips with Spanish recent history.