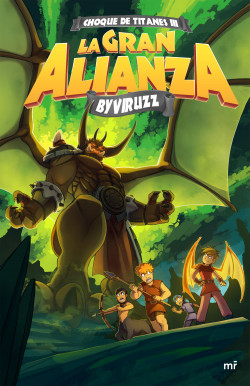 The ingenuity and bravery of Raligg and his friends have managed to stop the Lady of the Thousand Winters and curb her dark purposes, but only for the time being.

Mayisius has confronted his former master, Sorcerus, and defeated him, though he has paid a high price for it. The sinister invocation of the Book of the Dead has brought back to life an evil creature, the Great Beast, who threatens to destroy everything. To combat it, the people of the Nigg Valley are preparing to organize the Great Alliance, an army of people from all tribes, who will fight together.

Salvation may be found in the remote Kingdom of Iron, where a very peculiar boy, endowed with extraordinary abilities, lives. This is Lander Dragon Slayer.