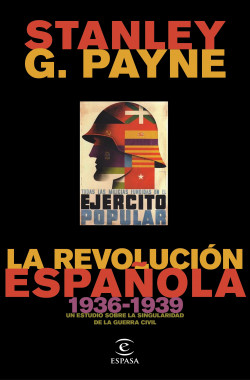 A study of the singularity of the Civil War.

Contemplating and analyzing the history of Spain over the past two centuries, many historians have said it was a country prone to civil conflicts. And yet, in comparison with other countries in the West, it can’t be said there was a greater tendency toward violence. This changed, however, during the nineteenth century and the first half of the twentieth, when the country entered into a process of rapid and extensive political, social, and economic modernization for which it was unprepared. And this makes it possible to affirm, without room for error, that the country became the perfect stage for a civil war.

But, as Payne demonstrates in this new essay, it was political causes that determined the unique nature of that conflict that he calls the “revolution” provoked by the radicalization of the various political parties and workers’ organizations that came to victory with the election of the Popular Front.

A new and brilliant approach to the Civil War, an episode that continues to shape our social and political history.