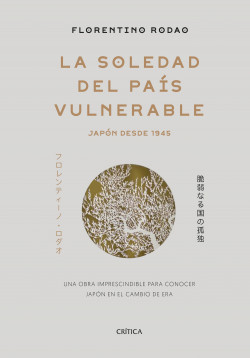 The Solitude of the Vulnerable Country: Japan Since 1945

The first part of The Solitude of the Vulnerable Country: Japan since 1945 looks at Japan’s history through the lens of World War II, from its first occupation by an enemy power to its incredible economic upswing, its seeming turmoil at the turn of the century, and the impact of the Fukushima disaster. The second part focuses on a variety of subjects: cultural achievements, the feeling of nationhood, war memories, the aging population, but also daily life, education, work, the law, women, sexuality, family, consumerism, bureaucracy, religion, and suicide. Understanding Japan requires a broadminded perspective, but also a willingness to dig into the hidden corners of a society.