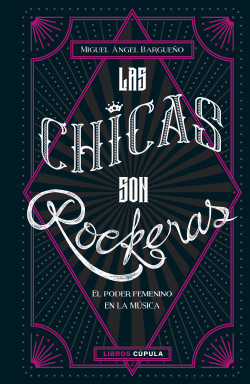 The Girls Are Rockers

The role of women in the history of rock from the sixties down to the present day.

This book analyzes the role of women in the world of rock music, which has always been dominated by men. It begins with the sixties, and moves chronologically to the present day, with a glance into the future, at emerging artists, and at what their contribution to the history of music might be. Like everything else, rock has been marked by the attitudes of a misogynist society. From Jerry Lee Lewis’s marriage to a thirteen-year-old girl to the ordering of songwriters’ names, with the man’s always coming first, the lyrics of endless songs, the groupies of the sixties’ bands, managers’ mistreatment of female stars, the abuse suffered by Tina Turner, Whitney Houston, and Rihanna at the hands of their lovers, even the polemical arrival of reggaeton, there are countless examples of how little pop music has changed in the sixty years of its history.

After this overview, the second part of the book will look at the great women’s names that have made history, internationally as well as nationally. From iconic vocalists like Aretha Franklin, Nina Simone, Janis Joplin, and Dolly Parton to present-day artists like Miley Cyrus, Rihanna, Beyoncé, and Katy Perry.