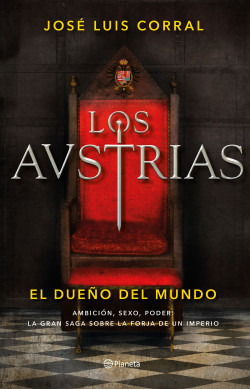 The Austrias. The Master of the World.

The thrid part of the Great Saga About the Forging of an Empire.

The end of spring in the year 1539: Charles of Austria, King of Germany and King of Spain and the Indies, in despair after the death of his wife Isabella, locks himself away in a monastery near Toledo. In the meantime, his enemies threaten his power and his dominions. In Ghent, the city of his birth, the merchants rebel, protesting excessive taxes. The Turks advance on Europe and conquer new ground in the Mediterranean. The Protestants question his authority. France and the Pope turn against him. But Charles reacts. With his old forces serving as shock troops, he achieves stunning victories, falls in love with a young German woman who will bear him his last child, and dreams that one day his scion, Philip, will become the master of the world. After defeating the Protestant princes in the Battle of Mühlberg, the Emperor arrives at the high point of his reign, but soon he will suffer a severe physical decline which, along with numerous defeats and setbacks, will oblige him to abdicate as king and emperor, sparking off a covert power struggle and intrigues to take over his throne. Old, tired, and ill, Charles of Austria retires to the Monastery of Yuste, where he will live out his final years submerged in melancholy and memories.