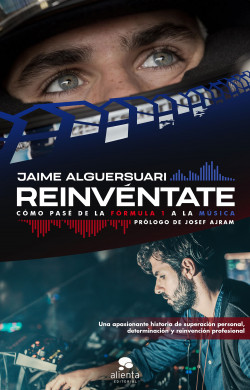 In 2009, Jaime Alguersuari became the youngest Formula 1 competitor, making his debut at nineteen years old. He was the sport’s great promise, and his future seemed to be already decided. But things don’t always work out as we plan, and in 2015, a series of circumstances led Alguersuari to abandon the world of motorsports. This book shows how personal reinvention and overcoming obstacles is possible.

With true stories, amusing anecdotes, and situations from throughout his professional career, Alguersuari tells how the techniques he learned while racing helped him to make his way in music until he managed to become a highly regarded producer.

A unique, value-centered story that will move and excite you, in a book that shows reinvention is possible and everyone is capable of it.