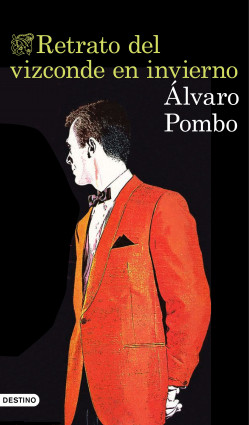 Portrait of the Viscount in Winter

Álvaro Pombo once again offers us a gift of literature. An unparalleled family portrait, with a unique pace and memorable dialogues.

Horacio, Viscount of La Granja, an octogenarian widower, handsome and still elegant despite his serious ailments, lives in a large penthouse in Espalter with his children, Miriam and Aaron. The household receives frequent visits from Horacio`s lover Lola Rivas, twenty years younger than him. Horacio, who was once a notable Spanish intellectual, held in great esteem during the Transition, has gradually stopped writing and now shuts himself up in his office. Furthermore, the prestige and prominence that his son, also a writer, has consolidated with his latest novel, doesn’t seem to please him very much. For his 80th anniversary, Lola and his two children decide to give him a painted portrait, which they commission from a prestigious and highly sought-after portrait artist from Madrid. This portrait of Horace will be a celebration of the character, as well as an iconic, social and artistic consecration of the aristocrat. This story contains two portraits that emerge from each other and which, throughout the novel, condition each other until its tragic end.