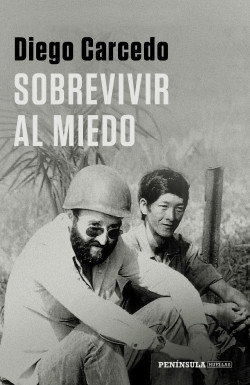 A reporter face to face with horror.

For the more than fifty years that Diego Carcedo has worked as a journalist all over the world, he has passed through all types of situations. But if there’s one thing they all have in common, it’s a feeling: fear.

In Vietnam, in April of 1975, he lived through the final, Dantesque hours of the evacuation of Saigon. The chauffeur who took him from Nicaragua to Honduras during the Football War tried to rob him in his sleep. Days later, when he made it to Honduras, a stray bullet landed just a few centimeters from his head. In 1970, covering the Áncash region, where more than 70,000 died, fear turned to anguish as a woman begged him to take her son, so the boy could survive.

Other times – thankfully -the motivations for his fears have been somewhat more picturesque. In the Philippines, Carcedo was treated by a healer who claimed he was capable of alleviating pain by extracting his patients’ viscera. In Uganda, an interview with Idi Amin almost becomes a matter of state on the author’s return to Spain.