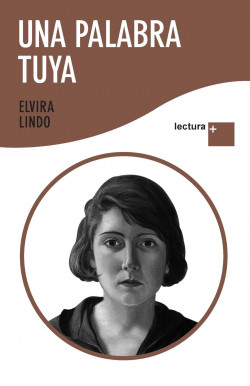 A Word From You

Rosario and Milagros are garbage women, and they’ve known each other since they were girls. As seemingly vulnerable as she is firm, despite her contradictions, Rosario tells of the years she has spent beside that force of nature that is Milagros: years of slip-ups, of happiness, of fear, of realities than have made them grow afraid of not deserving to be happy.

Awarded with the Biblioteca Breve Prize in 2005, A Word From You is the portrait of two women — an extraordinary contribution to contemporary Spanish literature—of two images reflected in the same misshapen mirror, of two life paths, one toward cruel emptiness at the end of a cruel life, and the other toward redemption and a future full of possibilities. And in the mist of all this, fear, mercy, forgiveness.

Elvira Lindo is a master, with an admirable feeling for form, a keen ear for speech, and the ability to capture real life in plainspoken but never simplistic language. Visceral, cutting, written as if in a trance, the novel possesses an emotional depth that takes readers’ breath away. It is a novel at once bold and grave, but filled with irony, sarcasm, an earthiness rife with poignancy. The everyday lives Elvira Lindo portrays reveal their inner moral complexes and in doing so become grand, showing their dignity, their noble human depths in this Greek tragedy set in the contemporary world.