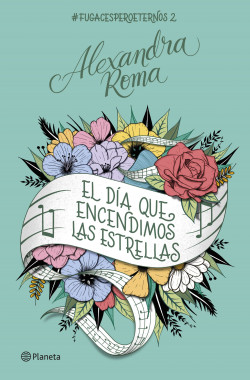 The Day We Lit Up The Stars

A different kind of rock anthem.

Marina has fulfilled her dream of living in Rome and working in a restaurant, but the pain of losing Noah is intense. Ten months have passed, but she misses him like it was the first day and keeps reliving the magical moments they spent together. She has no plans to return to Spain permanently, but a call from Giuseppe and Nana makes her decide to take a few days off work to return home for a vacation. She won’t be able to stay away from the band On the Edge of the Abyss; they’re at a turning point thanks to a song Noah left for them, but only the band as a whole––including Marina, aka “Dynamite”––can decide if they’re ready for all that fame means.

Leo is recovering as best he can, his relationship with his brother has gotten better, and he has decided to pay off all the debts his father ran up for his sake. The past torments him, but the solution to his problems will come from where he least expects it.

The Day We Lit Up the Stars, the second part of The Night We Made the World Stop, reunites us with Marina after ten months, when a solemn phone call from her mother takes her back to Madrid, and with Leo, who wanders aimlessly through the places that remind him of Noah.

A story like a storm on a calm day: intense and beautiful.