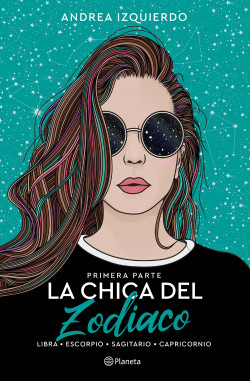 A trilogy for non-conformist women brave enough to judge the world they live in.

The Libra boy is extroverted and indecisive.

The Scorpio boy is mysterious and sexual.

The Sagittarius boy is fun and unpredictable.

The Capricorn boy is ambitious and responsible.

Anna is at the altar and is going to marry the man of her dreams... or so it seems, when suddenly she realizes this isn’t the future she wants. So she decides to run away from her family and find herself.

Or does she? Will you let the horoscope rule your fate or will you dare to face it down?

Anna finally feels she’s fulfilling the expectations placed on her: she’s about to marry Carlos, her stiff but charming fiancé whom her demanding mother adores. But when it’s time to say their vows, the young freelance translator feels paralyzed... She can’t forget about the compromising situation she surprised Carlos and her friend Valeria in just a few weeks ago. To the great confusion of all their guests, she cancels the wedding, leaving her fiancé at the altar.

At a party with her friends, Anna realizes her ex seems to have moved on too quickly. A friend tells her, “that’s what happens when you’re an Aries and you go with a Libra,” and Anna decides to get control of her life with a unique experiment: twelve months, twelve signs, twelve guys. It’s time to prove the Zodiac is just a stupid invention and love doesn’t depend on constellations. Outlining her research and documenting her exploits in a notebook entitled The Zodiac Girl, Anna travels to California, where her brother Raul lives, even though their relationship has been distant since he became a successful music producer in Los Angeles.