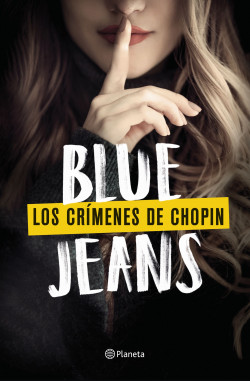 A series of house robberies in different properties around the city are increasingly worrying their entire population. The thief has been nicknamed Chopin, since his trademark is to leave a copy of one of the sheets of music of the famous composer. One night a dead body appears in the living room of one of the properties. Only then does the news make the front page of newspapers.

Nikolai Olejnkik is a young Polish citizen who landed in Spain with his grandfather several years ago. Since his grandpa passed away, Nikolai lives alone and starts to earn his living as a criminal. Nikolai used to be a child prodigy back home, and his greatest passion is playing piano. The situation will quickly thicken, and Niko becomes the main suspect of the murder investigation. Niko visits the office of the private detective Celia Mayo to ask her for help, and ends up meeting Triana, Celia’s daughter. The young woman makes an instant impact on him, although it is not the best moment to fall in love.

Blanca Sanz has barely been working at the newspaper El Guadalquivir for five months, when she receives a strange phone call: the mysterious caller leaks a few facts related to the Chopin case, facts that nobody else knows. From that moment on, Blanca becomes obsessed with every little detail related to the case, and tries to find out who is the criminal behind the thefts.

Young Nico is not leading an easy life, and he is frequently surrounded by bad influences. Therefore, as a result of the robberies and murders, his situation becomes even more compromised, so he decides to approach Celia to help him find out who the real murderer is, and deflect all the blaming pointing at him as the main suspect. Celia and her daughter Triana will become Niko’s greatest allies. Mother and daughter are also struggling to get their lives back on track after losing Lolo, Celia’s husband and Triana’s dad. Lolo was a police inspector, and he died five years ago in abnormal, unsolved circumstances.

The investigation of the Chopin case together with the attempts to clarify what happened to Lolo will lead the three protagonists to live through unexpected, thrilling situations. The three of them will come across a number of characters that will make their way even more turbid and shady. As they make progress, they will also realise how often treachery is ingrained in their daily lives, and learn that even the best-kept secrets always end up coming to the fore.