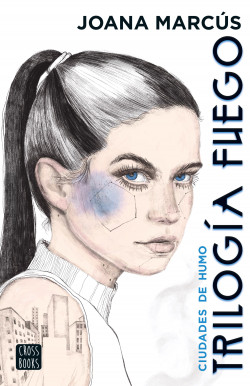 The world as we know it has been devastated by the Great War. In the few inhabitable territories that remain, humans and androids live side by side, looking on each other as enemies. Alice, Android 43, lives in the android region. Considered by her creator to be the prototype of the perfect machine, Alice has the ability to dream, but she chooses to hide it from others for fear that they might hurt her. One day, her home is attacked by the rebels, a group of humans who want to destroy the robots. Alice is forced to escape to Central City, one of the rebel strongholds. To survive, she must pretend to be human: if anyone learns her secret, she could be killed. Only Tina, one of the city’s guardians, and Jake, a friend, know her true nature. To integrate with the rest of the inhabitants, Alice begins to train with the city’s young people, and soon her skill with weapons makes her stand out from the other students. She gets assigned to a class taught by Rhett, a strict and sullen instructor she ends up falling in love with. One night, Alice confesses her secret, and he promises to keep silent. Everything gets complicated at the Christmas ball when the rebels attack the city looking for Android 43. The citizens stop the attack, but the next day, facing the threat of a new raid and knowing the danger her friends are in, Alice decides to reveal her identity, even if it could cost her life...

In the second and third parts of the Trilogy of Fire, Alice and her friends must confront the rebels and other enemies in an exciting and addictive quest for freedom. In her struggle, her dreams will be a key on her path to discovering the truth.

A novel whose plot, with dystopian and science fiction overtones, distances itself from the usual romantic literature since the love story is between an android and a human.