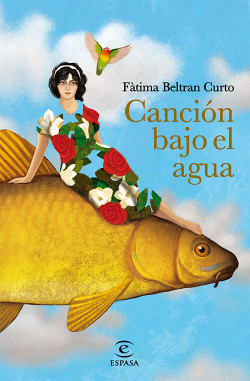 A family saga full of souls with good hearts searching for a world that is fleeing them.

In May of 1939, officer Eladio Ferlosio returns to his small town in the mining hill country with the vain belief that the recently ended war has left unharmed his family, his countrymen, and Eleonora Cardenal, daughter of a doctor who came to the town to avoid the conflict and whom he’s loved since he was little more than a boy. The draft took him from his land by force when the last thing he imagined he would do is become a soldier.

In February 1935, Teodoro Sacristán also returns to his village after leaving the seminary. He wants to be a painter, not a priest, to reflect the intense colors of life. But like Eladio, like so many others who took up arms reluctantly, he will end up being a soldier.

The lived—and unlived—lives of Eladio and Teodoro will crisscross brilliantly in this novel full of magical realism that presents unforgettable characters, like the pastor with a single sheep, an insidious ghost, a cowardly engineer, a handicapped beloved, a pious woman with her thirty-seven saints, or a lusty lovebird, all portrayed in bright colors and joy, but also with pain and death, showing us, once more, the senselessness of war.

Song Underwater is a magic fable that speaks to us of a divided, decimated country, but also of desire, dreams, love, tenderness, betrayal, confinement, and even a strange African virus that reminds us of our present day. It is a fresh, emotional novel that touches a nerve and is movingly human.