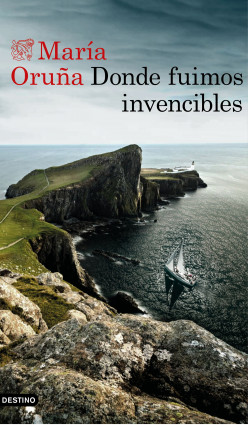 Where We Were Invencibles

Summer’s over, and Lieutenant Valentina Redondo is counting the days until her vacation begins. But something strange happens in the center of the picturesque and precious village of Suances: the gardener of the old and elegant Palacio del Amo shows up dead in the yard of that enigmatic property.

The palace is one of the most historic residences in the region, and after sitting empty a long time, it passed down to the American writer Carlos Green, who has decided to move temporarily to this place where he spent the happiest summers of his youth to write his new novel, a fictionalized version of his memoirs. But the peace he was looking for is shattered by the terrible event, and although everything indicates the death was natural, someone seems to have touched the body, closing its eyes, and Carlos confessed that he’s been noticing unexplained presences for several days: a woman who appears in a secret garden, lights that turn on alone, creaking sounds coming from the ground at night…

Valentina is a thoroughgoing skeptic when it comes to the paranormal, and so are her team and her partner Oliver. Still, they fnd themselves faced with a succession of unusual events that will lead them to investigate what’s happened in unusual ways, until they found out some places retain a surprising, timeless secret essence and that every character has something to tell––and something to hide.

We felt invincible because we loved life. Without thinking about it like old people, without ignoring it like children. Youth was inside us. What else could we ask for?

Highlights Where We Were Invencibles

An homage to the Gothic novels of the early twentieth century in the style of Rebecca by Daphne du Maurier.