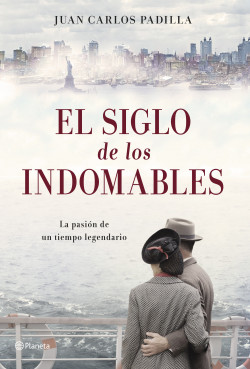 The Century of the Untamed

The young Florentino Elizaicín emigrates on his own to America in search of his fortune and after years of hardship becomes a stainless steel magnate, purveyor of the main raw material used by the armament, building and naval industries in the first part of the 20th Century. His successful business introduces him to figures such as Winston Chur­chill, the pilot Lindbergh, and the engineer responsible for the construction of the Empire State Building.

Although his career seems unstoppable, he has trouble in his personal life when his wife gives birth to an albino boy, Jacobo. Florentino, obsessed with the care of his child, locks the boy in his home where he gives him everything he could possibly need. But what Jacobo really needs is to live free. So, one day he escapes but, as fate would have it, he is soon kidnapped. From that moment on, Florentino struggles with all his might to find his son, who finds refuge in captivity listening to the melodies his mother sang to him as a child, encouraging his musical gift and subsequent career as a singer.

This is an ambitious novel about a father’s search for his son, taking us through memorable settings and events from the 20th century: the 1929 crash, the two wars, the construction of the Empire State Building, Lindbergh’s transatlantic flight... and endless scenarios from the exciting period in which the protagonists live.

The excitement of a legendary time

A larger than life story