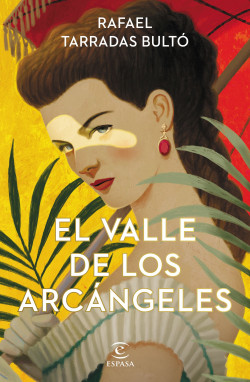 The Valley of the Archangels

Barcelona, Spring of 1866. Gabriel Gorchs, a young man and the sole heir of the barony of Santa Ponsa, doesn’t know what to do with his life. He doesn’t want to be anchored to the old days like his father in his dark mansion in the Gothic Quarter while not far away, the new part of Barcelona is beginning to grow, broad and luminous like a promise of the future, with its back turned to the sea. And facing the sea lives Pepa Gómez in a shack on the beach battered by wind asand sand. All she can think of is leaving it forever. Santa Graciela, a magnificent clipper that is the fastest way to get to Havana, has just docked in the port of Barcelona. Soon, Gabriel and Pepa will be on deck starting the new life they have so longed for: their destination, the Valley of the Archangels, close to Matanzas in Cuba, where the sugar plantations of the Viaders, the Serranos, and the Abbads have remained in harmony until a series of macabre murders changes life there forever.

A beautiful choral novel set against the backdrop of the profound injustice of the slave system, the death throes of the Spanish empire, and the beauty of the Cuban landscape, which speaks to us of the chasm between rich and poor, between masters and slaves, the limitless ambition in the valley overseen by the sword of the archangel, which meets out justice.