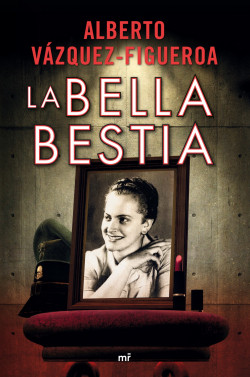 During a conference about the future of the digital book, Mauro Balaguer, an experienced editor, is approached by an elegant, beautiful old lady who hands him a card bearing the phrase ‘The Beautiful Beast’ in red ink on the back and shows him a tattoo, saying “I was a slave once, here is the proof. If you want to find out more, call me.” Intrigued and fascinated by what he senses might be his last great success in publishing, Balaguer cancels all his appointments and begins an intense relationship with the old lady who tells him a unique, gripping story involving Irma Grese, better known as ‘The Beautiful Beast’, a guard and ‘supervisor’ at the terrible concentration camps of Auschwitz, Bergen-Belsen and Ravensbrück. Extremely beautiful, sadistic, and violent, the organizer of thousands of executions of women and children, Irma had the dubious honour of being tried, condemned and executed for crimes against humanity when she was just twenty-two years old. The old woman will tell Balaguer how she met Grese and how she was forced to become her confidante, servant, cook and sexual slave.

This is a harrowing but human novel in which Alberto Vázquez-Figueroa portrays one of the most evil and bloody characters in history.

Vázquez-Figueroa’s new novel is based on a real-life character, Irma Grese, known as ‘the beautiful beast’. The title is a play on the two words which perfectly define the protagonist: a fanatical follower of Hitler who was as beautiful as she was a beast.

Grese, as a ‘supervisor’ and second in command of the Women’s Section in the concentration camps, organized thousands of executions of women and personally murdered over two hundred people. The prisoners called her ‘The Angel of Death’, ‘The Beautiful Beast’, and ‘The Bitch of Belsen’. Her actions were sadistic and perverse; she was tried, found guilty and executed at just 22 years old. Her story is told by a woman who, at just 12 years old, became Irma’s sexual slave, the latter being only 14 years old when they met.