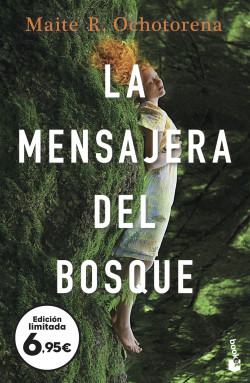 The Messenger From the Forest

A disturbing, original eco-thriller where Nature plays a fundamental role as one of the novel’s key characters.

A jealously guarded secret sleeps on the streets of Madrid. Cris Stoian awakens in an unknown place, unable to remember anything, and all she has to go on is a note from her brother, Daniel. Her body is covered with dreadful wounds and she doesn’t remember anything, not even who she is or where she lives.

In the frenetic search for her own identity, Cris, a homicide investigator in the capital, is shocked as she follows a series of murders that is bringing the city to its knees. Young boys and girls with no apparent connection to each other are showing up dead, in conditions that lead people to suspect suicide, surrounded by pure nature, even in the middle of the city. As if a garden were emerging from every corpse.

Figuring out the people’s origin, what all this means, what relation they have to each other will drive the authorities mad. But the answers aren’t in their hands…

There are mysteries reason is incapable of explaining. There are things that can only be measured with the heart.