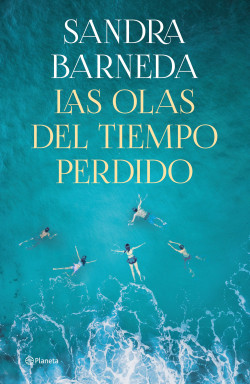 The Waves of Lost Time

Five friends meet again twenty-one years after seeing each other for the last time. They were childhood friends, inseparable accomplices on a thousand adventures. Now they’ve reunited to celebrate one of their group’s fortieth birthday, or what would have been if he hadn’t died in a terrible traffic accident they were all involved in. After that fatal night, they stopped seeing each other; the weight of guilt was too much, and each went their own way, trying to forget and move on as best they could. Now, twenty-one years later, they’ve decided to meet again and spend four days together to give each other another chance. At first, it seems too much time has passed and they’ve become strangers, but soon they will discover that beyond death, beyond pain, life remains, and with it a friendship that belongs to them and has given value to their survival.

The Waves of Lost Time takes us back to the summers of childhood, times we thought would never end, reminding us of the importance of belonging, of returning to the tribe, of recovering, as adults, the children we were.

A novel about the friendship forged in childhood and how it survives the passage of time.