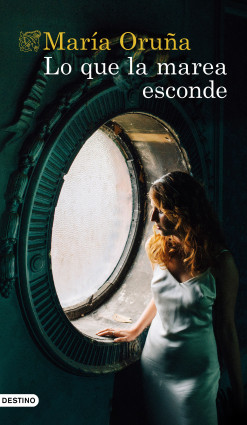 What The Tide Conceals

The president of Santander’s Royal Tennis Club, one of the most powerful women in the city, shows up dead in a cabin of an elegant schooner that was sailing the waters of the Bay of Santander at sundown.

The murder is reminiscent of the novels about “locked rooms” from the beginning of the past century. Her cabin was locked from within, the strange wound on the woman’s body and the mysterious method employed are inexplicable, and all the guests at the party seem to have some motive for getting rid of the victim. No one could have entered or left the boat to commit the crime or escape. Who killed Judith Pombo? How? And why?

María Oruña’s most ambitious novel, an addictive and elegant thriller that reveals to us a new facet of the life of Valentina Redondo, who is not only facing the most enigmatic case of her career, but must also struggle with a surprising and unexpected blow in her personal life.

Valentina and her madcap team of detectives must solve the extremely strange case of the “locked room.” This is an homage to perfect crimes of the kind so popular at the beginning of the twentieth century in the works of writers like Gastón Leroux, Agatha Christie, and Bruce Montgomery.

Many potentially controversial subjects are examined here: politics, ecology, sex, the upper classes…and in the background, one question: if the victim, a powerful and independent woman, had been a man, would people have written Judith off, or would they have praised her as a shark, a tough businesswoman, a gentleman with adorable and somewhat wild ways?

Highlights What The Tide Conceals

An homage to the mysteries of locked rooms, perfect crimes.