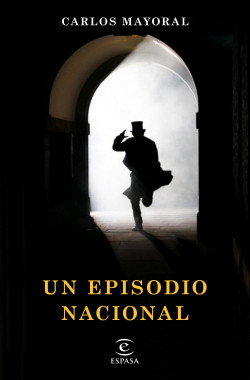 Madrid, 1888. A fire reveals a murder in Fuencarral, in the very center of the city. Luciana Barcino, a well-to-do woman, shows up stabbed to death. Her maid and her dog are found unconscious in the kitchen, supposedly from the fumes of a fire set to cover up the crime. Every person in the house, including the son of the deceased – a dissolute young man – is a suspect.

Melquiades is a young man with dreams of being a writer. Thanks to his father’s contacts, he meets the author Pérez Galdós, who takes an interest in the crime in Calle Fuencarral. The two of them collaborate, gathering information to write a new novel.

In his first novel, renowned culture journalist Carlos Mayoral examines a little-known episode: the secret love between two essential figures of nineteenth-century Spanish literature, Benito Pérez Galdós and Emilia Pardo Bazán. The events take place against the backdrop of a Spain in squalid decline, limping from crisis to crisis, in a Madrid shaken by the murder on Calle Fuencarral, an event that provoked torrents of ink, with unimaginable consequences for the relationship of the two protagonists and their careers.

An account of the moving, singular, and little-known passion that joined Galdós and Emilia Pardo Bazán, two extraordinary writers with uniquely free characters, set in a masterly recreation of nineteenth-century Madrid.