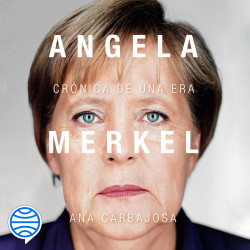 On the verge of her farewell, the first biography in Spain on Angela Merkel: the stateswoman who has led the world

Nothing foretold that an introverted scientific researcher, daughter of a Protestant pastor, raised in the former communist Germany, would become the leader essential to understand Europe and the world of recent decades.

This portrait, which masterfully combines the Chancellor’s political biography and a human portrait, delves into her multifaceted personality, her life journey, her method to manage the country and to stay at the head of her party, as well as her particular form of leadership. It analyzes the fight against a far-right that was born and grew considerably during her terms of office, the arrival of more than a million refugees, the defense of austerity in Europe, the Cartesian approach to politics, the management of the coronavirus crisis and the vacuum she leaves in Germany and Europe following her departure from government. And perhaps most importantly, her female leadership in a man’s world.

At a time of rising populism and polarization, Angela Merkel stands as an example of rationality, with firm moral convictions and a tireless search for consensus inside and outside her country, where she has reaped not a few successes, but also failures during her sixteen years in office.

A book that brings us close to the figure of Angela Merkel, probably the most important and enigmatic politician of recent decades.