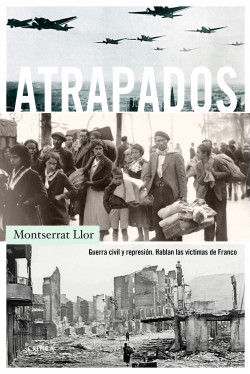 Twenty people, men and women, relive the beginning of the Spanish Civil War, the fear of bombing, political violence, persecution, death, prison, hunger, the daily life of the population, exile... They consider themselves ‘children of war’. While some suffered it directly in all its cruelty, others suffered it from a distance, from their forced exile as children of war to the distant and unknown lands of Mexico or the Soviet Union. All agree that, in one way or another, they lived trapped by the struggle of European democracies against fascism, first in the Spanish Civil War (1936-1939) and then in the Second World War (1939-1945).

The testimonies collected in this book are divided into three main sections:

-By land. The young people who fought directly in the conflict speak. They are those who defended the Second Republic at the risk of their lives and who, after the victory of the rebellious military, were retaliated against for years and even decades in Spanish prisons.

-By sea. The ‘children of war’ speak, the children whose relatives sent them to other countries. After many years of hardship, some of them returned years later to a Spain that harassed them relentlessly.

-By air. The protagonists are the last remaining aviators of the Second Republic. Some flew the skies of Spain to bomb and destroy enemy targets; others left to train and fight in the Soviet Union with the Red Army. At the end of the war they would be imprisoned and forced to rebuild their lives from scratch.

The struggle of European democracies against fascism.