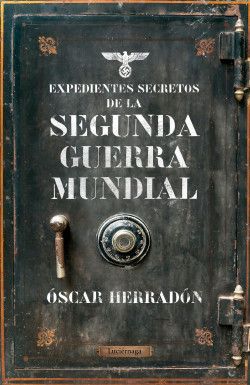 More than seventy years after the end of the Second World War, there are still many unanswered questions about what happened. The secret war that broke out far from the front, among officials of the secret services, double agents, scammers, counterfeiters, and even actors, was decisive in determining the course of events. And yet there is still much that remains in the shadows, and even gaps in our knowledge of these key incidents.

Who was the Jew who spies for the Nazis in the Holy Land? Was Hitler close to getting his hands on an atomic bomb? Did you know there were cinema actresses who had infiltrated the heart of the Third Reich? That the war was funded with the most ambitious counterfeiting operation in history? Did you know that a corpse helped the alleys to disembark in Sicily? Or that the mafia made a secret pact with the American government to collaborate in the war?

J. Edgar Hoover’s FBI, Stalin’s secret services, organized crime, Himmler’s racial theorists, the instructors and agents of the SOE, wizards and data analysts, spies like Cicero or A-54, brutal concentration camp guards or criminals turned liberators, all make their mark on these vibrant pages and make up the Secret Files of the Second World War, which attempts to get as close as possible to the truth of that era of blood and fire.

Discover the secret files of the Second World War.