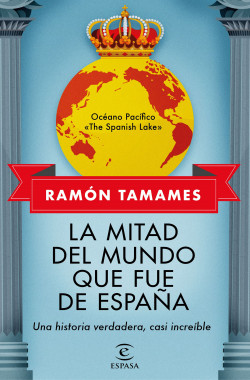 The Half Of The World That Once Was Spain's

A true story that is almost unbelievable.

Once upon a time, Spain led all other nations in terms of titles of possession and conquest, geographically of half the world. This did not happen by chance: at the end of eight centuries of reconquest in the Iberian Peninsula, the Spaniards arrived in the New World (1492), the subsequent conquest and possession of which was no miracle, but a historical fact well known but not sufficiently valued by either Spaniards or others.

The actors of that great expansion were, for the most part, ordinary people who, above and beyond gold and glory, sought to emulate their heroes from books of chivalry, leaving their names to be recorded in history. They consisted of remarkable generations of navigators, conquerors, Christianizers... who furthermore did not operate in the king’s pay, but financed their own way through very precise legal arrangements.

Spain’s project of historical globalization between the 16th and 18th centuries reached its zenith in the Americas, as well as in the immense Pacific Ocean (Moluccas, Philippines, Carolinas, Marianas, Southern archipelagos), which, for many decades, made up the so-called “Spanish Lake”.

That same Pacific today is disputed more than ever by the world’s two contemporary superpowers. As in 1494, they will have to come to an agreement -in the view of many political scientists-, with a new treaty in the manner of Tordesillas which, definitively, should not lead to a new hegemony that puts the planet at risk, but to a multipolar world in search of lasting peace.

Highlights The Half Of The World That Once Was Spain's

An exceptional epic carried out by remarkable generations of navigators, conquerors and colonizers.