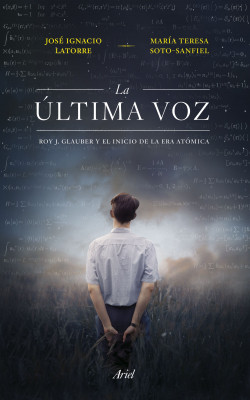 Roy J. Glauber and the start of the Atomic Age

The testimony of the last witness of the Manhattan Project, the secret plan that inaugurated the Atomic Age and the Cold War

In 1943 Roy J. Glauber was 18 years old. He was simultaneously studying physics and taking doctoral courses at Harvard. One day, a government emissary asked to interview him. Shortly thereafter, following brief instructions, Roy sent his belongings to a mysterious mailing address and took a train without knowing where he was going. Thus, he arrived at Los Alamos, an isolated and secret laboratory where the most brilliant minds of the time were working on the Manhattan Project. Overnight, the young Roy was rubbing shoulders with the leading scientific leaders to create a weapon that would change the war and political landscape of the 20th century.

Fame is unattainable for most humans, and that young man at the time was unaware that he would later achieve double fame. In 2005 he won the Nobel Prize in Physics for his work on the quantum coherence of light. But, in addition, Roy was a witness to the facts, he knew and survived practically all the scientists linked to the creation and launching of the atomic bombs; he lived closely the before, during and after of them. From the historical point of view, Roy occupied a privileged position: no one else will ever hold it. This is why, if life brings one into contact with a man as exceptional as he was, and in circumstances as special as those described here, one has the obligation to tell the story.

This book narrates the beginning of the Atomic Age through a true protagonist; someone who was independent and committed to the truth. The facts recalled by Roy will remain in history perhaps for millennia. “I was just an observer... albeit a very good one,” he told us. Here is his voice. The Last Voice.