Only You Will Have Me
Original title: Solo tú me tendrás
Toni Muñoz
Category: Non-Fiction | Current Affairs 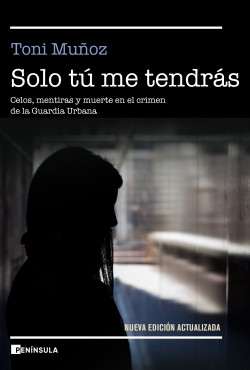 Only You Will Have Me

In May of 2017, a car was found incinerated next to the Foix marsh in the province of Barcelona. In the trunk, the Mossos, the Catalan police, found the unrecognizable body of Pedro Rodríguez, an agent for the Urban Guard. Two weeks later, the police arrested the girlfriend of the murdered agent, Rosa Peral, and Albert López, both of them members of the same police unit, and charged them with Pedro’s murder. Rosa and Albert had been lovers for years and had planted a series of false clues to implicate Rubén, Rosa’s ex-husband, in the murder. When everything came out, they started to blame each other.