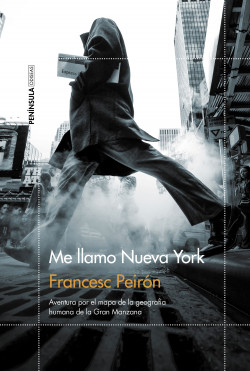 My Name Is New York

New York can be told many ways, but there is only one way to completely penetrate the soul of a city: through the stories of the people who live there.

And so, thanks to Francesc Peirón, we will meet Ashrita Furman, the man who has set more Guinness World Records than anyone else in the world. At sixty-four years old, he continues training every day in Queens to be the man who can open the most bottles of champagne with a sword or walk the longest distance on stilts. With a quick subway ride to Brooklyn, we reach the Greenwood cemetery, where Peirón will encounter the most famous gravedigger in the United States for the past thirty years. She has several books under her belt as well as a photo spread in Playboy. There are also two prisoners, or rather, ex-prisoners. They spent several years in prison for a crime they didn’t commit. It goes without saying that they are black. When they got out of prison, they opened a place together. People joke that they traded their bars for a bar.

Their stories, and those of many others, make up a mosaic of human realities as incredible as the city they reside in. Because this is a journey through the real stories that explain the most famous city in the world.