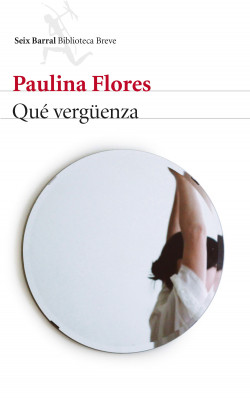 These nine stories focus on the suburban middle classes and their surroundings: port cities, blocks of flats, the entrance to a library... No-one exists in a vacuum: some of the characters are looking for work, some spy on the neighbours, some meet old friends and some are planning a robbery. Whatever they’re doing, these stories catch them unawares right in the middle of it.

In this stunning collection, the fleeting second when one loses his innocence, the moment of revelation wheneverything changes, merges seamlessly with apparently everyday situations that represent a mystery in themselves.

Winner of the Roberto Bolaño Prize for the title story and the Círculo de Críticos de Arte Literary Prize for best new writer, An Embarrassment, has made Paulina Flores the great revelation of the Chilean literary scene. These stories have amazed critics and public alike for the solidity, originality and surprising maturity of her writing, as well as the strange mixture of power and subtlety with which she creates characters who survive, even in spite of themselves.