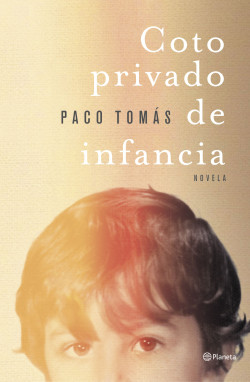 A moving novel that narrates with raw sincerity the terrible consequences of being bullied and not accepted by your family for your homosexuality.

Part memoir and part novel, Private Childhood Space revolves around the life story of Tomás Yagüe, a 52-year-old gay man who suffered bullying in school and who has lived a life conditioned by rejection, as well as by silence and a lack of understanding from his family. His parents and older brother, far from supporting him, always looked the other way. This book blends the memories of the past with the present, when all family conflicts are brought to light.

Tomás, who is still digesting having broken up with his boyfriend Marco, travels from Barcelona to Madrid to celebrate the holidays with his family. He returns to Ciudad Pegaso, the humble neighborhood on the outskirts where he grew up and where his mother lives with his recently separated brother. In Madrid he finds support in his little sister, Gloria, and his therapist and later partner, the attractive Roberto. Tomás will also be reunited with some people who were important during his childhood and adolescence, such as Toni, a gay friend who will reveal surprises that change Tomás’s perception of his family. Tomás is still emotionally raw after the breakup, and these experiences will take him to the limit and turn his life around.

This is a powerful novel that stirs consciences. Narrated in highly effective language, it is constructed of scenes we can all relate to (family dynamics, childhood and adolescence, relationships, clichés, reflections on life, etc.) that give great depth to the issue of bullying by showing the terrible consequences it can continue to have in adult life.