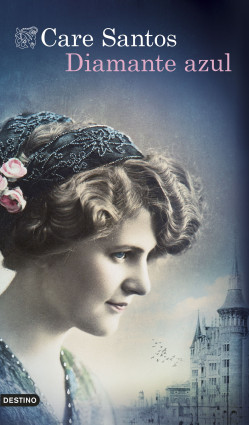 Blue Diamond plunges us into a family’s past during the first decades of the twentieth century, amid the sharp contrast between the splendor of the upper classes and the social upheavals shaking society.

Silvestre Pujolà is now a grown man, and has decided, against his family’s wishes, to leave behind the country life in a small village in the Pyrenees and try his luck in an industrialized town on the Catalan coast, Mataró, where he will work as a dyer in a textile factory. Things aren’t as easy as he first imagined, the times are filled with turmoil. But his willingness to struggle will take him further than he had hoped, in an adventure filled with constant triumphs, where he will find love in Teresa, a woman who gives his life meaning.

Years later, his granddaughter Teresa Pujolà, who inherited her grandfather’s blue eyes, but also his daring individualism, will also flout the expectations of those around her, taking the opposite path of her ancestor and giving up her social position to marry for love.

A family’s past, constantly swimming against the current. Blue eyes that come down from generation to generation, and a beautiful and valuable precious stone.

Care Santos believes that she has become a writer because of her grandmother, a great story-teller who loved to tell yarns about the women of their family. Santos's grandmother, a woman who broke up with her own family for love, is the main character of this book. "I grew up hearing the story of my grandmother and the milkman, my grandfather". From there and going backwards until the seventeenth century, the novel portrays not only a Catalan bourgeois family, but also the social changes, the industrialization, and the birth of the labour movement.