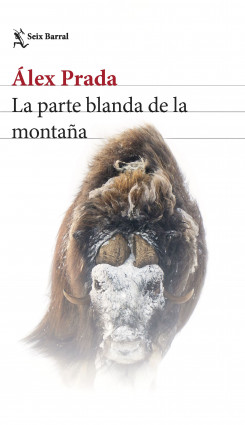 The Soft Side of the Mountain

Two characters separated by eight millennia embark on a journey of no return: a fascinating novel about man’s struggle against the forces of nature with echoes of Werner Herzog and Cormac McCarthy.

Somewhere in Central Europe, around 6,000 BC, during the transition to the Neolithic era, Dira, a female hunter, follows her innate curiosity and leaves her village in search of proof of what different legends tell: that mammoths are disappearing from the earth. She wants to see the last of these majestic creatures that can only be compared to moving mountains, even if it puts her life in danger.

Mongolia, 21st century: Khünbish, a pariah destroyed by misfortune, learns of the traffic in mammoth tusks buried in the Siberian permafrost around the Arctic Circle and decides to seize this last chance to change his luck.

The Soft Part of the Mountain is the fascinating journey of two characters separated by centuries of history and culture, a physical and spiritual quest across the borders between living and inert, between the eternally vanished and the things the earth returns to us after centuries underground.

Two spirited journeys separated by eight millennia: a European hunter in the year 6000 B.C. who embarks on a search for the last living mammoth before its extinction, and a pariah in the 21st century who decides to leave his native Mongolia for the camps of Siberian ivory hunters in search of an ivory tusk that will change his and his family’s fate.

Cormac McCarthy meets Dersu Uzala. A novel of adventure and history somewhere that blends Faulkner’s intricate plotting, Werner Herzog’s depictions of the struggle of man against nature, and the raw language of Cormac McCarthy.

A novel that reflects on ecology, the exploitation of natural resources, and the extinction of species.