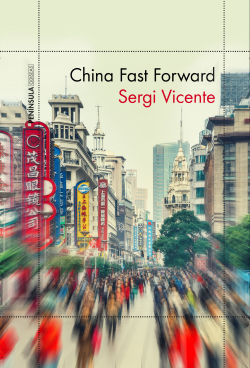 What do we know about China? No, really - what do we really know?

Probably as little as Sergi Vicente when he landed in the country in 2003 with the idea of spending three weeks teaching English to children - he never used the return ticket. A few months later, Channel 3 started asking him for reports from China, and shortly afterwards, this correspondence became official.

During the almost twelve years that followed, Sergi Vicente visited all the Chinese provinces as a news hunter. His journey also coincided with a time in which this Asian country was experiencing profound changes, changes that have made China very present in the news and which Sergi, the now director of Barcelona BTV, has had the privilege to experience.

This is a first-person story, originated from a deep knowledge of the territory and culture of China, which includes the generational leap and the social opening of this country, the rethinking of political-economic priorities and the environmental warnings of a country that is demographically speaking to the limit. In short, this is the book one should have to understand the China from today and its immediate future challenges.

The chronicle of a decade as correspondent in Asian’s giant.