Because I Feel Like It
Original title: Porque me da la gana
Miss Raisa
Category: Non-Fiction 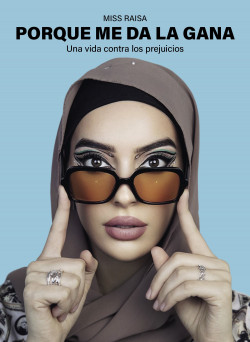 A life against prejudice

This story begins in 2004, when Miss Raisa, born in Morocco, emigrated with her mother and siblings to Barcelona. She was just an eight-year-old girl leaving behind her country and her people, but to the world she had become an immigrant, and she would never stop being one. Speaking neither Spanish nor Catalan, she had to face a society that did not accept her origins. That was not the only discrimination she suffered: as she grew up, she was discriminated against for wearing a veil, for not adapting to Spanish customs, or, by some in the Muslim community, for adapting too much to them; for being a woman in the man’s world of rap.

In this book, this radical artist looks back and tells us how that little girl became an adult and defied and overcame each and every one of the prejudices that have come her way. Today, Miss Raisa is free, proud, empowered and committed to making this world a better place.

The charismatic Miss Raisa offers a powerful manifesto against discrimination in all its forms.