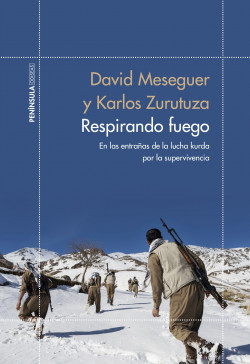 The heart of the Kurdish struggle for survival.

The Kurds, a people condemned to survive. There are some forty million of them divided among the border regions of Turkey, Iran, Iraq, and Syria, whose regiments have forced them to choose between assimilation and extermination. And yet this brutal repression, along with the self-serving support and subsequent abandonment of these people by international powers, hasn’t erased them from the map; instead, the Kurds have become one of the principal actors in the world war now taking place in the Middle East.

For the last decade, Karlos Zurutuza and David Meseguer have been witness to the most significant chapters in the history of this people forgotten by the West. This is their story, a story told from inside the PKK’s war against Turkey, the Revolution in the DFNS, and the final assault on the caliphate, and will help readers understand the thinking and lifeways of one of the oldest peoples of the Near East.